WHERE ARE THEY NOW? VOL 2: Na’Shan Goddard 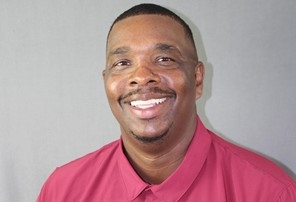 WHERE ARE THEY NOW? VOL 2 Na’Shan Goddard

Na’Shan Goddard was born and raised in Dayton, Ohio. He played pee wee football for the well-known Dayton Flames. There was no reason to ask who he thought was the best pee wee football team in Dayton since the answer was a no-brainer. Considering the flames rich history in the city of Dayton, it is understandable why former flame players all feel the way they do.

Goddard attended Paul Laurence Dunbar High School and played football under Hall of Fame football coach Thomas Montgomery. When asked about his time there, he said, “It was crazy my four years at Dunbar man looking back at it,” as the team went through 3 other head coaches. Nevertheless, Na’shan is proud to be a graduate of Dunbar High School. He spoke about their rich traditions particularly having had former students go on to play in college and in the NFL. Dan Wilkinson is a Dunbar great and former number one overall pick of the 1994 NFL Draft. Tavion Thomas (Utah) and Joseph Scates (Memphis) are also former Dunbar greats who are currently playing Division 1 FBS football.

After graduation in 2001, Na’Shan attended the University of South Carolina and played offensive tackle. Goddard was selected as Freshman All-SEC, and Freshman All-American in 2002 by The Sporting News. As a freshman, he would practice against former NFL 2nd round pick Kalimba Edwards. He credits Edwards as the toughest person he’s faced. “It didn’t matter how good I was set or punched, he seemed like he always kicked my a–,” said Goddard. In 2006, Goddard signed as an undrafted free agent with the New York Giants. He played in the NFL from 2006-2012 where he was a 2x Super Bowl Champion XLII, and XLIV. Goddard on being an NFL Super Bowl Champion, “Feels great to be a two-Time champ. I’m still close with a lot of guys from those teams… It’s been really dope doing the 10-year reunions of both as well. I only wear the Superbowl rings for banquets and speaking engagements. But they’re basically trophies now.”

Goddard started coaching college football after finishing his own football career. He began his coaching career at NCAA Division II Newberry College in Newberry, South Carolina. After coaching at Newberry College for 2 years, he moved on to South Carolina State University where he has been for the last 4 ½ seasons. South Carolina State University is a Historically Black University founded in 1896 and is in Orangeburg, South Carolina. Their team plays in the NCAA Football Championship Subdivision and are members of the Mid-Eastern Athletic Conference. The Bulldogs finished the 2021 season with a 7-5 record and a 31-10 victory over coach Deion Sanders’s Jackson State, in the Celebration Bowl. I asked Goddard how it was coaching at a Historically Black College and University (HBCU). In his words, “It reminds me of being at Dunbar man. Just a lack of resources. We have the stability, we have the infrastructure set in place, we have the coaching staff, and we have everything we need. But as far resources in comparison to an FBS school we are lagging.” That doesn’t stop the Bulldogs from winning though. “We are able to find a way to win, we are able to push down all of those obstacles out of the way of our children and let them ball out. Most importantly, we’re still able to win because we are doing a hell of a job recruiting,” he said.

Na’Shan serves as the Offensive Line Coach for the team. If you want to play on the offensive line for Coach Goddard, you need to be able to play tough, smart, and fast. “The way we get them to do that is simplifying our offense, making sure it is simple enough to where they can play fast. Instilling confidence in them so they can play tough. Instilling everything else they need to do so they can play smart.” Goddard truly enjoys his job as a football coach. If he wasn’t coaching, he said he would’ve loved to become a teacher. Coaching allows him to teach and mentor the student athletes off and on the football field. “Seeing the hard work paying off” is what he says is the best thing about being a football coach. Coach Goddard also had the opportunity to coach in the East vs. West Shrine Game which is a game that is run by NFL coaches. During that time, he got a taste of working with the NFL. “That’s my endgame, that’s my goal,” Coach Goddard said about coaching at the next level.

While doing this interview, I felt like I’d known Coach Goddard for years. He is an all-around great guy and a true Daytonian. Before COVID-19 hit the nation, Goddard had a youth football camp that he hosted in Dayton for six years. The camp focused on working with the kids on their football skills. Goddard also gave out thousands of dollars worth of prizes and awards to local kids in the community.

Goddard comes from and knows all about adversity and he didn’t use where he was from or how he was raised as an excuse. He believes in, “No excuses.  Do not have any excuses on why you shouldn’t be successful. Do not let your parents or family members’ failures determine your outcome.”

2 thoughts on “WHERE ARE THEY NOW? VOL 2: Na’Shan Goddard”

IT’S MORE THAN A GAME.   937 Football Insider had the opportunity to catch up with the first-year head coach Luke Hurst of Franklin High School.   This past January,

GOATS AND LEGENDS VOL 3. Tom Montgomery   We are doing a series of interviews with coaches in the 937 area who many consider to be a GOAT (Greatest of

The Trotwood Madison Rams have produced some of the best defensive backs to come out of the Dayton area. Players such as Cameron Burrows, George “Bam” Bradley, and Sammy Anderson